Home›incetives›Bonus Points and Incentives in Rugby

Bonus Points and Incentives in Rugby

The 2011 Rugby World Cup has climaxed with hosts New Zealand being crowned champions for the second time last night (joining Australia and South Africa, while England has won it once). They did so by defeating France 8-7 in a tense affair in the Final at Auckland's Eden Park, in front of (a capacity) 60,000 supporters – certainly not the easy way as most expected, but having endured 24 years of angst since their last title in 1987, all Kiwis will still take it nonetheless! As a tribute to the 'Shaky Isles', another post on Rugby seems in order.

One of the most distinctive nuances about the game lies in how in some tournaments (including the World Cup and Super Rugby), there exists a system of 'bonus' competition points (in round-robin stages). Specifically, in addition to the standard four competition points for a win (two each for a draw), either team is rewarded with one bonus point if they score four or more tries in a match (irrespective of how many tries the opposition scores). Furthermore, the loser receives an additional (narrow-loss) bonus point if they lose by seven or fewer (match) points. The purpose of these bonus points is to reward attacking Rugby by encouraging teams to score more tries (for example, by running the ball more and kicking it less), and to maintain interest in the game longer in situations where the result has already become highly certain.

A co-author of mine, Niven Winchester (these days at MIT), is a native New Zealander who will no doubt be ecstatic after having been at the game in person. He is primarily a Trade Economist, but also has a penchant for modeling predictions and ranking systems in sport. His 2008 paper in JQAS (abstract here) concludes that the current bonus points system is sub-optimal at his defined objective of revealing the best quality teams over the duration of the season. Instead, he favors altering the narrow-loss bonus threshold from seven to five match points, and changing the try bonus to either a minimum of eight tries, or alternatively, for scoring at least three more tries than the opponent does. The last of these recommendations is particularly compelling when recalling some of the pivotal results from the previous World Cup in 2007. To quote the paper:

Anecdotal evidence also supports our assertion that defensive capability should be included in a try bonus decision rule. In the quarterfinals of the 2007 Rugby World Cup, New Zealand and Australia, two teams heavily favored to advance to the next round, lost to France and England respectively. Several rugby experts, including Australian coach John Connolly, suggested that the attacking style adopted by the two favorites was partly responsible for the unexpected results. In turn, incentive structures in place in the competitions that these teams regularly participate in may influence playing styles. Specifically, New Zealand and Australia compete in the Tri-Nations competition where a (four-or-more) try bonus point is offered, and France and England participate in the Six Nations tournament, where try bonuses are not awarded.

Niven has since adapted this methodology with further modeling improvements to consider a similar question using data for the Australian Football League (AFL) and the National Football League (NFL), with some interesting findings for both.

Perhaps one of the most fascinating questions yet to be explored with Rugby match data is the degree to which such a system effects within-match team and player behavior, compared to what would be observed in the absence of bonus points. In terms of the try bonus, a very simple way to do this would be to look at the distribution of the number of tries scored by teams in matches, and determine whether the frequency of ‘4’s is greater than that suggested by a fitted or stylized distribution. If we look at a histogram of tries scored in all Super Rugby regular-season matches from 1996-2011 (see here), we see that it is not easy to tell from a simple 'eyeball' whether this is indeed the case. Even if so, one still needs to control for match-specific factors that may be driving the observed distribution.

As for the narrow-loss bonus, a similar exercise is possible, though arguably more difficult to validate, since there are other factors skewing the incentives simultaneously, and also given the discrete nature of the scoring system. Nevertheless, this is a nice little example of how sports data provides much potential to the Economics profession with respect to the ability to test for incentives and strategies in games. 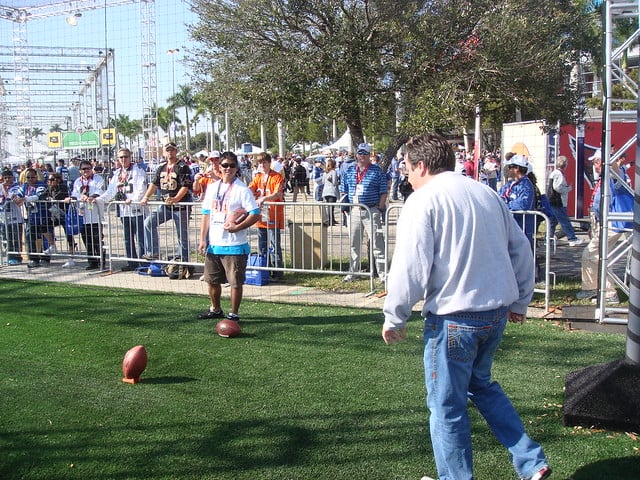