Home›Uncategorized›Conference affiliations in the NCAA

Conference affiliations in the NCAA

Conference membership in NCAA Athletics is a fluid, rather than fixed alignment of schools and economic interests. In 1953, Clemson and Maryland initiated a breakaway from the old Southern Conference, prompted by a desire to play in post-season bowl games. Little did they know then that the new ACC was destined to become a basketball league! Now that Florida State, Miami, Virginia Tech, and Boston College have joined the party, the ACC has left its roots on tobacco road, and what the future holds is anyone's guess.

The ACC's expansion, widely if somewhat inaccurately perceived as a raid on the Big East, is one of two major conference realignments of the last decade. Equally significant is the creation of the Big 12, which might be viewed as the landing of a life raft launched from the old Southwest Conference. 2005 marks the 10th anniversary of the creation of the Big 12 from the old Big 8, and survivors of the scandal-plagued SWC.

The competitive factors - in both the sports and economic senses of the term - which shape conference alignment offer a rich and underexplored subject. I think there is much potential here for economic analysis.

Here are some articles which offer informed accounts on the making of the new ACC and the Big 12. Doug Campbell of the Richmond Fed has the best discussion of the economics behind ACC expansion in "Conference Shuffle" (quite apart from the quotes from this source). The details and intrigue behind the making of the Big 12 are covered nicely in a series by Mark Wangrin in today's San Antonio Express-News, "The Great Texas Football Rebellion."

These articles cover a lot of ground, so I will just make two quick points. First, though economics are a key driver, it is clear that political influence matters in this realm. Virginia Tech at the expense of Syracuse, and Baylor at the expense of TCU (perhaps; TCU in contrast to Baylor has won a national championship in football), owe their lucrative conference affiliations to political intervention. The Baylor story is told by Wangrin here.

Second, Wangrin's story revealed facts previously unknown to me, which help explain the decline in Nebraska football. Wangrin states that Nebraska's powerhouse teams had been "sustained through the years by more lenient" entrance requirements for players. He also reports that the very first clash in the new Big 12 was between football-mad Texans arguing for more stringent standards (!), and Nebraska attempting to protect one of the pillars of its import-driven program.

The Cornhuskers can't live off of home-grown talent in their sparsely populated state. Lenient admission standards allowed Nebraska to field players that schools with higher standards ignored. The Huskers lost that battle with the Texans, and since then their fortunes have been on the decline. Leveling entrance requirements restricted the flow of talent to Nebraska, and it shows in the recent performance of the team: a 5-6 record last season was the worst since 1961. Once a perennial top-ten team, they currently reside in the 43rd spot in the coaches' pre-season poll. From this viewpoint it looks like a new plan is needed in Lincoln, which sheds new light (to me at any rate) on the recent turnover in coaches in the program.

Italy vs. USA, foul by foul 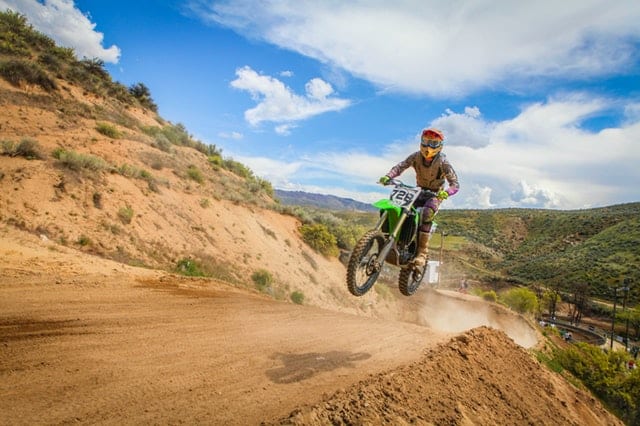 Stay Safe in Motocross with these 6 ...