A few days ago I noted some sniping from the mayor's office about an ad opposed to the $800m subsidy for a stadium/convention center in Manhattan. In today's NY Times, Charles Bagli discusses a new commercial that supports that project.

ON THE SCREEN The commercial opens with an aerial view of the Empire State Building, dissolving to a view of the far West Side of Manhattan as a graphic alerts viewers to "important economic facts." The words "18,000 construction jobs" and "6,900 permanent jobs" flash on the screen as images of schools, a construction site and a police officer are interspersed with animated images of the proposed stadium. The advertisement ends with a dramatic animated view of the stadium from the water, with fireworks exploding overhead.

It is far from clear how many construction workers will be employed and for how long, but "6,900 permanent jobs" appears to be aggressively optimistic. Giants Stadium in New Jersey, the Jets' current home, has only about 95 permanent employees; another 935 people are brought in 20 times a year for football games. And the Jacob K. Javits Convention Center employs the equivalent of 920 full-time workers.

If you've been reading this blog, you know that I share Bagli's skepticism. But even taking the claims at face value, an $800m subsidy & 6,900 permanent jobs equates to an investment of $116,000 per job. That's a costly way to "develop an economy." The stadium investment should be considered on its own merits, not on an alleged contribution to the local economy. 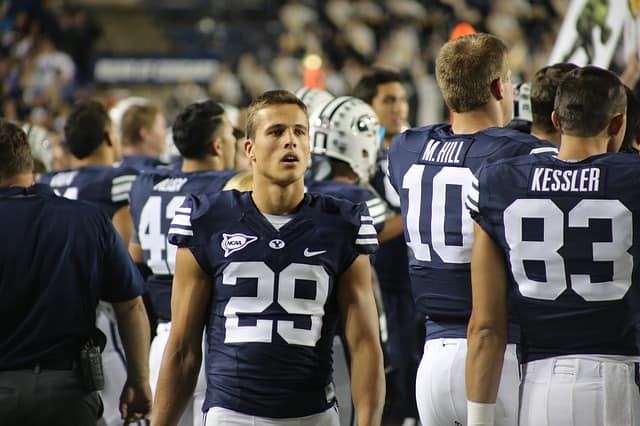