Headline of the week

From the Economist($): Do London a favour: give the Olympics to Paris

It's an opinion piece, and here's the gist of it:

NOW that the shortlist for the 2012 Olympics has been announced, there will be a great banging of national drums as statesmen and sportsmen in London, Paris, Moscow, Madrid and New York unite to make their case. The Economist would like to make its case, too: please, please can we not have the Olympics in our home town...

There is little doubt that London could do the Olympics proud if it got them. What is less clear is whether spending a couple of billion pounds of public money on having an extra half a million people in town for a few weeks sounds like fun...

The economic case for holding the Games in London rests on two ideas: first, that they will lead to a lot of investment from which the host country will benefit for years to come; second, that they will bring an economic boom. Neither stands up to much scrutiny.

The Olympics may well lead to investment that would not otherwise happen. The question is whether it should. If neither private nor public sectors have yet got round to building an Olympic-size stadium or swimming pool in London, nor to regenerating the lower Lea Valley (site of the proposed Olympic village), that is probably because those projects don't make economic sense. Holding the Olympics doesn't much improve the economic case for them, as the expected £2.4 billion ($4.2 billion) public subsidy suggests.

As to the economic boost the Olympics could bring, that argument may wash in a second-level city seeking to win attention for its nascent tourist industry or to mop up a labour surplus (such as Barcelona). But London is already on the tourist and economic maps. Conditions on its sardine-packed underground argue against the flood of extra travellers the Olympics would bring. Its labour market is already tight (unemployment in the city is running at 3.5%) and anybody who has recently tried to get a builder may question the need for an injection of demand into the construction industry.

But if taxpayers and commuters are unlikely to benefit, there is one class of people that relishes the idea of holding a big party and sending the bill to the exchequer: the politicians, in particular London's left-wing mayor, Ken Livingstone. Getting the Games would give him an excuse for slapping an extra charge on the council tax and extracting more money from the Treasury. Let us hope that the International Olympic Committee does not indulge him.

Luckily, London seems unlikely to win. Paris is the bookies' favourite by some distance. In the traditional spirit of Anglo-French feeling, we pray that it will triumph.

The commentary may be cheeky, but it's on the money. 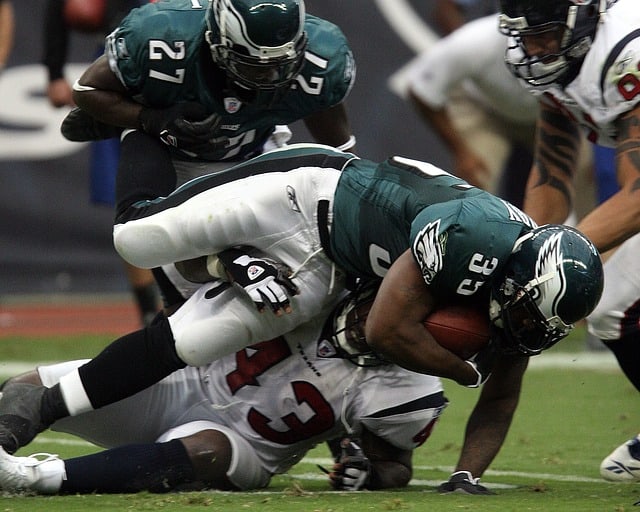 Eagles Win is a Victory for Analytics