The PGA Tour's mantra is that "these guys are good." But not good enough for Sally Jenkins, apparently. She and I both watched the golf course grind up the players at Baltusrol yesterday. That apparently led Ms. Jenkins to frown on this generation of golfers. If you'll allow me to be a bit crude, to Ms. Jenkins, "these guys suck":

[T]here's a reason why Woods has won 10 professional majors since 1997 while no one else has more than three. The fact is that Woods is enjoying a comparative lull in golf, historically. He is the greatest player of his generation, but it's an underwhelming one. For all of the talk about the Big Five of golf -- Woods, Mickelson, Ernie Els, Goosen, and Singh -- and what a wonderful age we're witnessing, it's become apparent that this age pales in comparison to some others. It especially pales next to the one in which Jack Nicklaus played.

As the leaders floundered at Baltusrol, where Nicklaus won two of his U.S. Open titles, you couldn't help but think about the rivals against whom he played and won his 18 professional majors. Gary Player won nine majors, Arnold Palmer won seven. Then there was Tom Watson (eight), Lee Trevino (six) and Raymond Floyd (four). Not to mention the occasional Billy Casper (three), Hale Irwin (three) and Johnny Miller (two).

I'm not buying it. Consider two facts. First, examine Jenkins' list of rivals from the Nicklaus generation. It looks quite a bit different from the Big Five in the following respect: all but one are American. Today's game is more global than ever, and Asians, Africans, Europeans, and Americans alike all show up with a chance to win each of the four majors each year. Today's majors are truly an international spectacle, and I am confident that the depth of talent is much greater than in the Nicklaus era.

Second, golf technology and the golf world's response to it have changed the game, making it tougher to dominate. Technology tilted the risk-reward ratio in favor of risk-taking, i.e. hitting the long ball. In response, tournaments have "Tiger-proofed" their courses, making the fairways ridiculously narrow and the rough thicker than ever. This adds variance to a game that's already quite random.

These two factors imply that golf's four majors will be shared among a wider group than in the Nicklaus era. Perhaps that makes golf less of a match between the titans, and thus a bit less compelling to watch. But it doesn't mean that the guys aren't good. "Pyrite?" That's just wrong. As Tiger's lob into the cup and Phil's punch to the flag from thick rough illustrated yesterday, they are spectacular. 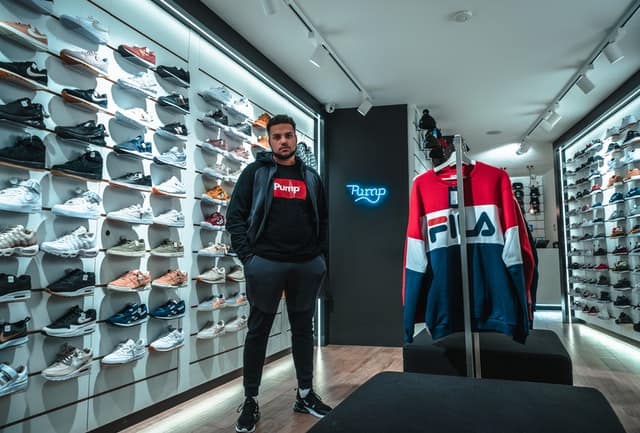 The On-going Revolution in the Sportswear Market