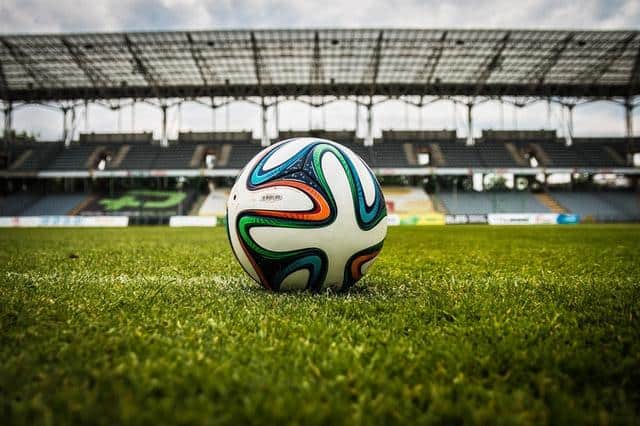 With the leagues halted and crowds dispersed, our soccer itch can only be scratched by one thing: transfer talk.

Some would argue coronavirus has left teams too reserved to splash the cash. But some players are just too talented to miss out on.

Here are three major transfers about to happen, in spite of Covid-19.

With Bundesliga resuming amidst the pandemic, it’s clear Timo Werner’s final days at RB Leipzig will be behind closed doors. The 24-year-old German international is a consummate goal-getter with lightning-quick pace: scoring 88 goals in 123 appearances. And his surprisingly low £52 million buyout clause makes Werner one of the most sought-after players in Europe. But after rejecting Bayern Munich’s advances, Jurgen Klopp’s Liverpool leads the chase.

But how would Werner fit in at Anfield? From an attacking perspective, it’s hard to visualize where the Premier League Champions elect need to improve. But with the big three — Salah, Firmino and Mane — pushing into their 30s in the next few years, Werner could be nurtured from the bench as an impact sub, ready to become a star in a couple of seasons. Or the striker could immediately lead a 4-2-3-1 formation, with Fabinho and Henderson shoring up the midfield; though I do not see Klopp deviating too far away from his current system.

We can speculate all day, but nothing is a sure thing in football: just look back to the Robinho debacle in 2008. Even the best betting sites can’t predict exactly where Werner will end up. However, I’d take the best odds found with reviews on online casinos and take a punt on Liverpool. The German connection between Klopp and Werner is just too strong to resist.

The little magician has had a frustrating career since joining Barcelona for a whopping £142 million. After completing a promising loan spell at Bayern Munich, the playmaker will return to Camp Nou with little fondness. A permanent move away is probably the best course of action for both parties — the only question being: where next?. For now, a move back to the Premier League is high on the cards, with Lampard’s Chelsea free to splash the cash once again.

But many onlookers have reservations about Coutinho’s suitability to a club in rebuild mode. Chelsea is coming off a standout season, where highlighting young upcoming talent became their M.O. There is fear the Brazillian will encroach on all the good work, taking minutes away from players like Mason Mount. And with the transfer of Hakim Ziyech already confirmed, attacking midfield positions are looking a little saturated at Stamford Bridge. However, if Coutinho could find confidence on the wing, he would be the perfect replacement for an aging Willian and fill a Hazard sized hole in the squad.

A betting man would be skeptical about Chelsea moving in for a player like Phillipe Coutinho, and that is to take nothing away from his undeniable talent. But such a big name commands a colossal transfer fee; money which can be saved by keeping trust in the youngsters. On the other hand, Chelsea is missing a talisman: Coutinho’s presence could turn a good team, into a title challenger.

The Argentinian youngster has been causing a stir over in Serie A: netting 16 goals before the global lockdown. At just 22 years of age Martinez has outgrown Inter Milan, now ready for a new challenge elsewhere. And with Barcelona knocking on the door, it’s going to be a big step indeed.

The current state of Barcelona shows time catches up with everyone. The name still strikes fear in opposition; though their failings in the Champions League prove their reality to be far timider. Lautaro Martinez could be the perfect component to revitalize a slumbering beast. With Messi and Suarez serving as the last gems in a golden era of football, Barcelona is on the lookout for fresh talent to rebuild a dynasty: paring Inter Milan’s striker with in-house wunderkind Ansu Fati isn’t a bad place to start.

The transfer of Martinez is in the interest of both parties. Inter Milan’s future plans rely heavily on funds from selling their prize asset. Reports show Inter have ramped up pressure on Barcelona to make a move. Now coming to terms with Martinez wanting to leave, Inter simply wants him out of the door. So, Inter’s keenness paired with Messi’s endorsement of his compatriot, make the move a safe bet.

The world of football keeps on moving and nothing distracts us sports fans more than a good transfer rumor. We argue and discuss, fight and agree — all in the name of soccer. But when the summer window opens, we will all see if the chatter was concrete or just smoke and air.

Why Catamarans are Best