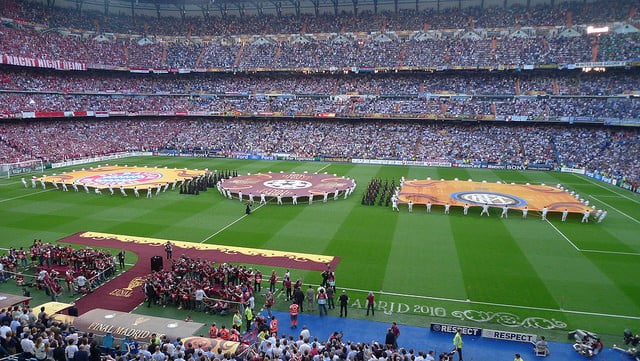 A Look Back at Cristiano Ronaldo’s Career

The Champions League is the biggest club football competition in the world, with the best European clubs competing against each other to get their hands on the prestigious trophy. The most successful team in the competition are Real Madrid who have won it 13 times since the inaugural tournament in 1956. As well as being the most successful team in the competition, they are also the current holders having won the last three consecutive finals.

Despite their impressive performances in the competition in the past few years, they aren’t the favourites to lift the trophy this season according to the Champions League winner odds. The poor start to the season has meant that their odds aren’t as strong as they once were. However, their odds have also suffered due to the departure of talisman Cristiano Ronaldo.

After nine successful seasons at the club, Ronaldo made a £100 million move to Juventus this summer. The fact that Ronaldo had constantly reiterated the point that he wanted to stay at the club until his retirement meant that his move to the Italian club came as a bit of a shock to everyone.

Considered by many as one of the best players of his generation, along with Lionel Messi, Cristiano Ronaldo is one of the deadliest forwards in the game. Since making his debut for Sporting in 2002, the Portuguese superstar has gone on to play for four different clubs, and has scored 577 goals in 772 appearances.

Although Ronaldo spent his early playing career with Sporting Lisbon and Manchester United, he will largely be remember for his spell at Real Madrid. During his nine year spell at the Spanish giants, Ronaldo won multiple honours including La Liga, Copa del Rey, Supercopa de Espana, UEFA Super Cup, and the FIFA Club World Cup. The Portuguese international was also part of the side that managed to win four Champions League titles in five seasons.

Ronaldo is set to return to Old Trafford this month with Juventus in a crucial Champions League game. A win for his current club will all-but ensure their place in the next round, but a win for his former club will blow the group wide open.

In celebration of Cristiano Ronaldo’s career, this infographic has been created looking at his performance for all four of his clubs.