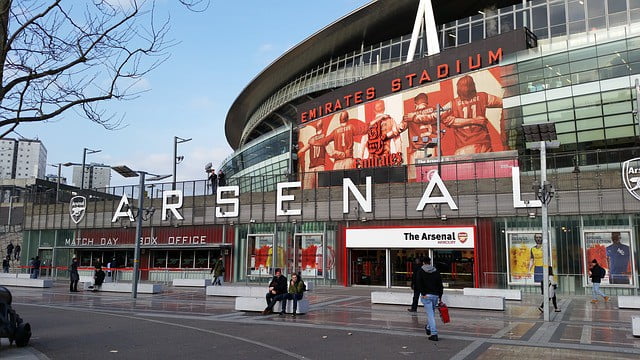 The first North London derby of the season takes place this weekend, and both sides will be hoping to get back to winning ways after slipping to defeats in their previous fixture. But, which side will leave the Emirates with the bragging rights? One of the biggest betting companies in Kenya 22Bet offers a look into the match.

Arsenal had begun the season with two wins out of two for the first time in ten years. However, they were no match for Liverpool at Anfield on Sunday evening. The Gunners fell behind before the break after a goal from Joel Matip before a second-half brace from Mohamed Salah took the game away from them. Arsenal did end the game well, and unlike previous visits to Anfield, they didn’t give up. Lucas Torriera scored a late consolation, and there would have undoubtedly been positives for Unai Emery to take away from the game.

The most surprising aspect of the performance was the Gunners shape. They lined up in a diamond formation, and that was ultimately their downfall as they allowed Trent Alexander-Arnold and Andrew Robertson the freedom of the park in the wide areas. They will change the way they play once again when Spurs come to town and fans may get a first glimpse of an attacking trio consisting of Pierre-Emerick Aubameyang, Nicolas Pepe and Alexandre Lacazette.

Mauricio Pochettino would have been disappointed with his team’s performance against Newcastle United last time out as they failed to break down the struggling Geordie outfit. A first-half goal from Joelinton was the difference between the sides, and despite introducing Christian Eriksen in the second period; Spurs failed to create one clear opportunity for Harry Kane in the 90 minutes of action. The lack of creativity would have been a cause for concern for Pochettino, and that could mean that Eriksen, Tanguy Ndombele and Giovani Lo Celso all start the match at the Emirates.

No other derby in the United Kingdom produces more goals than the North London one. However, it is Arsenal that holds the advantage having won the clash on 82 occasions compared to Tottenham’s 64. There have also been 52 draws between the two sides. The last meeting between the sides ended 1-1 at Wembley last season, while the Gunners won their home fixture 4-2.

This should be an intriguing fixture, and it will be interesting to see how both sides react from their recent defeats. There will be pressure on Spurs to get a win to maintain their top-four hopes, while Arsenal’s good start to the season would be classed as a disappointment if they lose the derby. However, the combination of the front three for the Gunners will cause havoc in the Tottenham defence, and Aubameyang will get on the score sheet in a comfortable home win for the Gunners.