Does NFL Success Matter for Communities?

Maybe only steroid discussions stirs the blood of sports economists quite like questions about the impacts of sports on communities, largely because of the tie-in with debates over public funding for stadiums. Let me be very clear on a couple of points. 1) The quantitative work in economics by people such as the TSE’s Brad Humphreys and Dennis Coates casts serious doubt on the supposed tax revenue and direct economic development benefits of sports stadiums beyond the imaginations of civic “boosters.” 2) The existence of broader, indirect impacts on income, wages, or intangible enjoyment by some citizens do not provide a sufficient rationale for large-scale public-financing of stadiums. Public financing requires a controversial transfer of tax dollars from non-sports lovers to sports lovers. In addition, great stadiums can be built without widespread use of public dollars as certain cities and even whole leagues (like the EPL) demonstrate.

Which leads me to … the January issue of Economic Inquiry, in which Michael Davis and Christian End find a small positive impact on metro area wages and income from bad NFL teams getting better — an effect that diminishes as a team becomes very good. They also identify a small positive effect of winning the Super Bowl, overlapping with the 2002 Coates and Humphreys article, while differing from the results in a 2006 article by Robert Baade and TSE’s Victor Matheson. D&E check their results for several econometric issues, some of which confirm them and some don’t.

The D&E study is neither the first and nor the last quantitative word on this subject. One nagging question in this and related studies centers on whether the football factors are appropriately measured. D&E include team existence, performance, stadium, playoffs, and Super Bowl as well as similar variables for other sports. However, the effects of these variables may be bound up together and figuring out how to disentangle them or look for combined effects is no simple task.

Nonetheless, the ongoing investigation of team performance and economic impact will likely be easier than the measurement of the impact of the existence or entry/exit of clubs. The D&E results, themselves, point to problems for this front — showing an NFL presence lowers wages/incomes while an MLB presence raises them. Given the relative popularity of the two sports in recent decades, that result makes little sense.

The vigorous exchange between Carlino-Coulson and Coates-Humphreys in The Journal of UrbanEconomics regarding the C&C finding of 4 percent higher rents in cities with NFL teams further highlights difficulties of identifying whether the presence of a team matters. A major problem is lack of variation. All large cities, except LA, host teams with most entry/exit on the lower end (and not a lot). Even there, the entry and exit that occurs is not easy to disentangle from expectations. When the Oilers left Houston, did Houston residents have very low expectations of a future franchise? This expectation problem plagues “event studies” in general. Given that even a presumed sports impact is relatively small versus the influence of non-sports factors, finding a positive effect is not easy and is always subject to valid criticisms while rejections are relatively easy and have low “statistical “power” My own fiddling around with simulation work where the “true” impact is positive but these kinds of problems exist confirms the difficulty of coming to a definitive answer.

The D&E findings don’t send up red flags for me. Unlike some of my colleagues in the sports econ community, my default position is that sports teams have a positive impact, at least on the psychological enjoyment of sports-loving citizens in a community. The psychology literature, partially surveyed by D&E, provides supporting evidence. A 2008 article by TSE’s Stefan Szymanski using “contingent valuation” survey methods echoes this literature. Much less sexy, Coasian-style accounting work quickly backs the idea of a positive impact. For example, some estimates of fantasy football players puts the number at about 30 million who average 9 hours per week in time. At $19 per hour (average wage and benefits) for 17 weeks, this amounts to over $80 billion in time value and does not even begin to include the time spent talking about the team, reading about it, and so on (of course, it may also lower productivity on the job). Players unions have tried to capture some of this value. Whether these values should accrue to a particular team or the league as a whole is disputable.

The time spent on sports, the attention in media (outside of sports pages) to teams like Northwestern during their Rose Bowl run, the sports-related merchandise, and even the popularity of this blog all point toward sizable intangible effects for sports relative to the size of its revenues. Again, let me reemphasize, even the existence of large effects does not provide an open-and-shut case for supporting publicly-financed stadiums.

George Will on the Minors 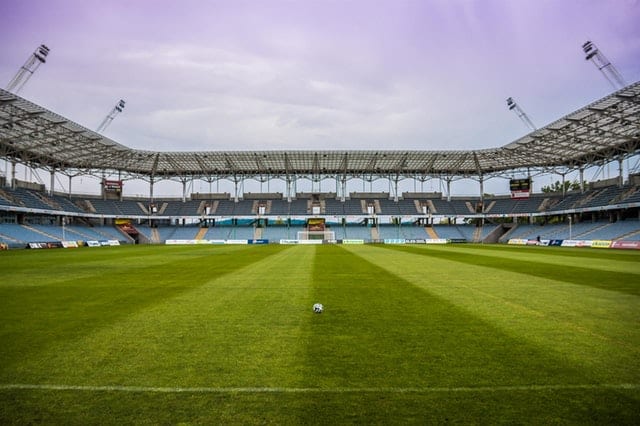