If you follow college football, you know that Notre Dame yet again fired a disappointing coach, this time former Patriot assistant Charlie Weis.

In his tenure, the once mighty Golden Domers went 35-27, a 0.564 WPCT clip, and took them to two BCS bowls. That would be an acceptable 5-ear run for many programs, but not for the Fighting Irish. While Weis took the Irish to the 2006 Fiesta Bowl and the 2007 Sugar Bowl, they were unceremoniously dumped by Ohio State and LSU respectively.

The fact that ND made two BCS bowls in his five years is less impressive given that the BCS is required to automatically take Notre Dame if it gets a top 8 ranking in the BCS ordering. No other school gets that treatment. In fact, the schools in the small market conferences are subject to this little gem:

Call it grade inflation for the wealthy.

What’s particularly grating to much of Irish Nation is that Weis did not take ND within sniffing distance of the BCS title game in his five years at the helm.

So ND went out and hired Brian Kelly from the University of Cincinnati much to the chagrin of his players. Kelly’s Bearcats have won the Big East conference each of the last two years and this year has led the Bearcats to a 12-0 record and the Sugar Bowl, a BCS game.

But Cincy, in the FBS world, is a small market school. In 2007-08, Notre Dame’s entire athletic department, mostly funded by football, generated over $83 million in revenues. Cincinnati generated “only” $34 million (source). Notre Dame Stadium has a capacity of over 80,000. Cincy’s football stadium seats a little over 35,000. Conferences need Notre Dame more than Notre Dame needs a conference. The same probably can be said of the NCAA in addition to the conferences.

In case you need any more convincing that there is more fan interest in ND football than there is in Cincy football, check out their respective Wikipedia entries (ND here and Cincy here). One has a lot. The other does not.

In Major League Baseball, we often hear about how the rich clubs “gobble up all” the talent and the small market teams amount to little more than feeder clubs for the big, bad teams like the Yankees. But keep in mind the economic mantra:

resources tend to their most-valued use.

It’s no different in the (supposed) amateur world of college football. Look at the coaches of this year’s BCS title game. Nick Saban started his head coaching career at Toledo in 1990, moved on to Michigan State, and then to LSU. After a stint in the NFL, he returned to collegiate football to coach Alabama, one of the plum FBS jobs and a place where he’s got the Tide rolling again.

Similarly, coach Mack Brown of the Texas Longhorns. He started his head coaching career at Appalachain State, then moved up the FBS ladder to Tulane, then to North Carolina, and now is at Texas where he has one national championship and is gearing for a chance at another.

It’s the same all over college sports. Gary Pinkel of Mizzou started at Toledo. Mike Anderson, the basketball coach at Mizzou, started at the University of Alabama-Birmingham, Bill Self of the Kansas Jayhawks basketball program started at Tulsa before moving on to Illinois and then to KU.

Resources tend to move to their most-valued use.

So Notre Dame, with its national following, its once-proud-but-still-living tradition, its own television contract, its local population base, and the fact that it is affiliated with no football conference (i.e. it does not have to share its revenue), has hired Brian Kelly away from small-market Cincinnati. Will this hire work out in terms of what Notre Dame fans demand? That remains to be seen.

But what we are witnessing is something noted by all economists from the time of Adam Smith: resources tend to move to their most-valued use. It is this time of year in college football (and baseball, for that matter), that we see the labor market for coaches bear this out.

Best Coaches in NFL Since 1960s

A Cautionary Tale About Claims of Economic Benefits

I’ll Have What He’s Having: Curious Contract Provisions 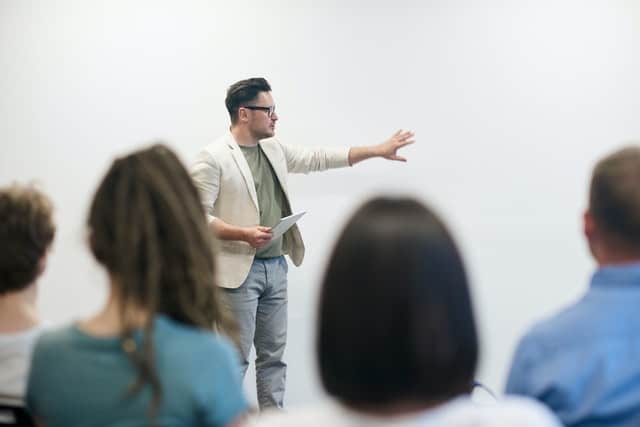 Who Pays the College Coach