Who will get their hands on the trophy in Qatar?

The countdown to the pinnacle of international soccer is firmly underway. The FIFA World Cup, the world’s most watched sporting tournament, takes place every four years. This year’s matches are in Qatar, the first time that the tournament has been hosted by a Middle Eastern country.

Plus, in another unprecedented change, the competition is due to kick-off in November, instead of the usual June, making it the first ever winter World Cup. This is to combat the harsh heat of Middle Eastern summers, although Qatar’s eight stadiums will be air-conditioned anyway as the temperatures will still be high. Only time will tell if the legacy of the World Cup will be a success in Qatar, as sometimes when countries hold soccer tournaments, it can be detrimental long-term, as Portugal’s hangover from 2004 proves.

Team USA will be one of the thirty-two countries participating, after a successful qualifying campaign. It will be the eleventh World Cup that the men’s team have played, with the most successful campaign coming in 2002, when they reached the quarter-finals. Head coach Gregg Berhalter will be hoping to guide the team even further this time, and with superstars like Christian Pulisic in the side, they could be a dark horse for the tournament.

With the draw for the group stages of the World Cup now complete, let’s analyze their opponents in a tricky Group B.

A team that the USMNT came up against back in World Cup 98, Iran were the narrow winners back then in a 2-1 victory. That was a game that was watched by the eyes of the world, and not just for sporting reasons. This time round Iran are, on paper at least, the weakest team in the group, but that doesn’t mean that they won’t be frustrating opponents.

Their manager, the Croatian Dragan Skocic, has moulded his team to be as functional as possible, making them hard to score against, but also at the cost of being unspectacular going forward. This was reflected in the latter part of their qualifying, where they played ten games, scoring a rather paltry fifteen goals, but only conceding four. Will probably take a magic moment from somewhere, to get the all-important breakthrough against them. 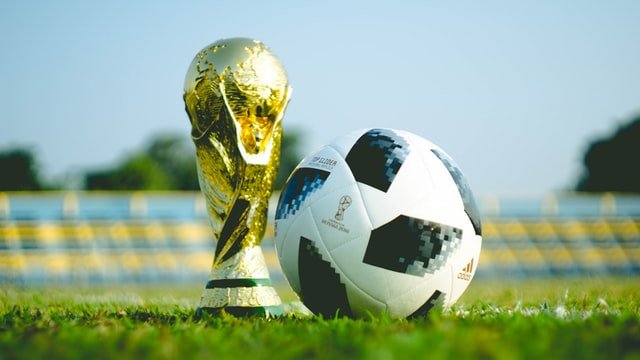 Definitely the strongest side in the group, although the USMNT have never actually lost to England at a World Cup, defeating them in one of the competition’s biggest upsets way back in 1950, and then capturing a hard-fought draw against them in 2010. This history should galvanize the players, as all the pressure will be on England to not only beat us, but also to top the group. As they’re a team that routinely falters under the immense weight of expectation placed on them by both their fans and media, this burden could again stun them into a lacklustre performance that Team USA could capitalize on.

That’s not to say that they haven’t been getting closer to their goal of claiming their first international silverware since 1966. Their esteemed manager, Gareth Southgate, has guided them to the semi-finals at the last World Cup, and then to the final of Euro 2020, where they lost on penalty-kicks to a determined Italy. Whilst the waistcoat-wearing manager is not renowned for his tactical nous, he’s valued because of his ability to inspire the talented players he has at his disposal, with his calm and collected antics. Harry Kane is their star man, and the striker is expected to be amongst the top scorers in the competition.

No, Ukraine, Scotland, and Wales haven’t all united to dominate the soccer world. It’s because any one of them could be the group’s final entry. This is due to the European qualifying play-off that was scheduled for March between Ukraine and Scotland, which has been postponed till June, for obvious reasons. The winner will then play Wales, in a showdown for the right to strut their stuff on the biggest stage in soccer.

Whichever team does qualify, they have the potential to be a banana-skin, though Team USA should be able to get a positive result against them. Ukraine though, are the favourites to qualify for Qatar 2022, over at the top betting sites. If you’re looking for the best place to find these sites, then you should head over to SBO.net. They have rounded up the best bookmakers available, each one offering a huge range of betting markets for nearly every sport imaginable. The amount of soccer options is incredible, meaning you can bet on everything from MLS to the Premier League. There’s also enhanced odds, which means you’ll get the greatest prices when it’s time to bet on the World Cup.

What You Need To Know about Crypto Sports Betting