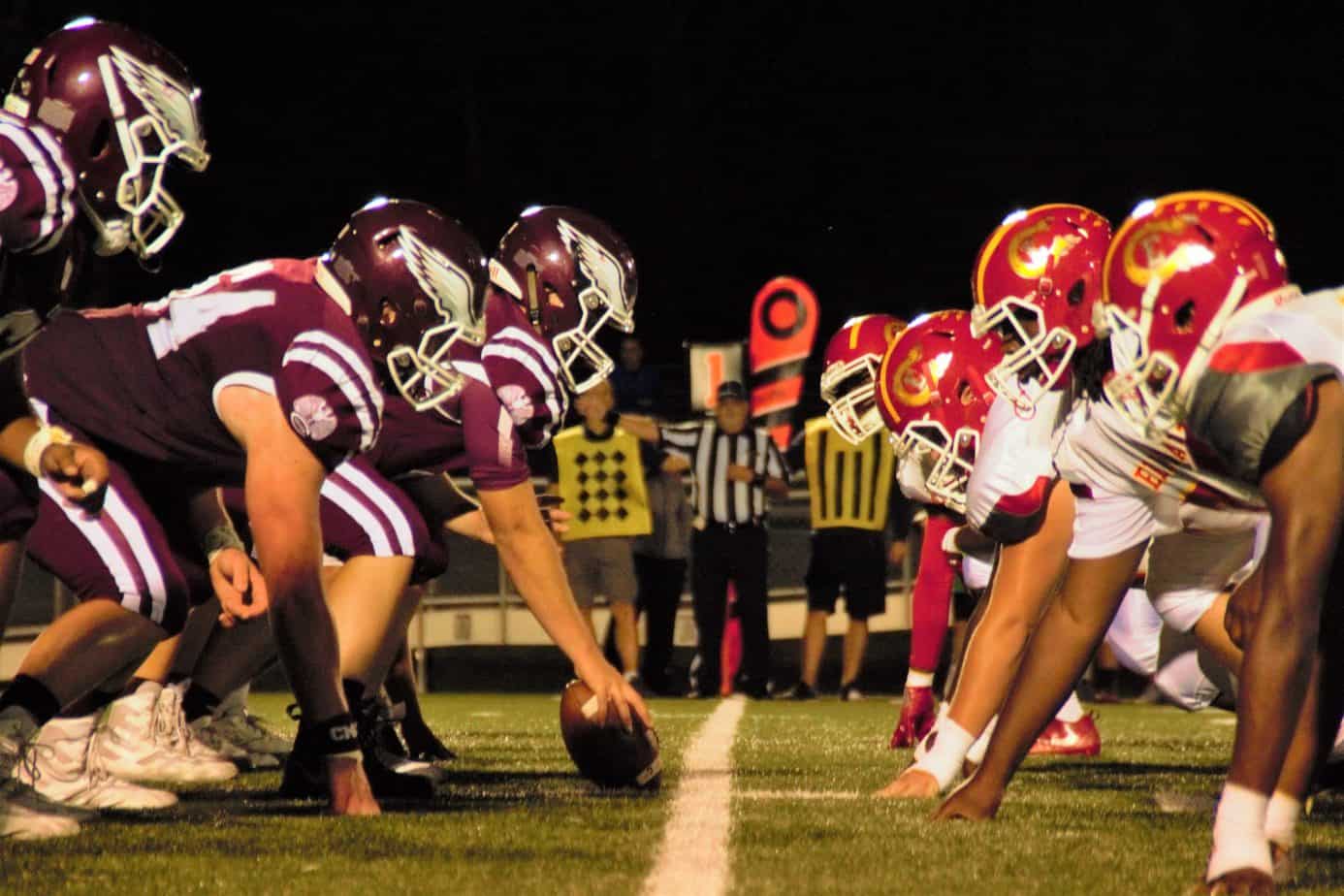 A couple of decades ago, few people would have ever thought that a high school bioethics class would find an abundance of material on America’s most popular sport.

American football is targeted to generate US $25 billion by 2027.  Thirty-one of the 32 National Football League teams are privately owned, with the Green Bay Packers as the only outlier. This resulted in the dissolution of the league’s tax-exempt status in 2015, once it was heavily scrutinized for having such status considering the billions in revenue it generates.

It wasn’t that long ago when players of this game wore leather helmets. Then the continual evolution of the helmet began with the introduction of plastics – and with that was a perceived uptick in safety. But the players arguably became bigger, faster, stronger and the hits became harder – akin to car accidents. In its wake, the sport has left many of its participants with broken bodies, many who pursued American football out of love of the game and who had no idea of what those repeated hits to the head could mean to that most important of organs – the brain.

“Contact sport athletes at the recreational, amateur and professional levels spend years pushing their bodies to the limit in both practice and game time. Science has now shown us that years of continuous exposure of physical contact to the head increases the risk of mental disease and cognitive impairment,” Neil Mitchell, insurance industry executive, co-founder of, early stage and Series A investor in Player’s Health said.

Athletes long out of the game of American football began noticing problems, and concussions suffered by high-profile players have been drawing attention.

Washington Redskins running back Clinton Portis and Philadelphia Eagles running back Brian Westbrook are just a couple of the many professional American football players who have been sidelined by serious head injuries.

“Although severe head trauma and brain injury have gotten much attention in the media, efforts to minimize these injuries have lagged. The NFL has only recently begun taking steps to protect its players in response to a torrent of criticism,” according to NYU Langone’s High School Bioethics Project.

Mitchell explained that it sometimes takes intense, widespread scrutiny and scientific research in order to generate change and pave the way for proper protections for athletes in contact sports, like American and Canadian football.

The groundbreaking research into what was happening to aging football players took place in 2008, thanks to neuropathologist Ann McKee, M.D., with the Bedford VA Medical Center and CET Center at Boston University Medical Center. She found evidence of neurodegeneration after studying the brains of a dozen former football players. The condition known as CTE has only one known cause – repeated trauma.

The same protein at play with Alzheimer’s disease is affected by every trauma. The Tau  protein, as the study explains, is a microtubule-associated protein that factors into microtubule stability. With Alzeheimer’s disease, the tau threads become tangled after chemical altering.

“A similar thing happens in CTE. These altered tau structures collapse, causing microtubules to disintegrate and the cells to die,” according to the study.

The result is that retired players are now faced with far more than aching shoulders after retirement – CTE can lead to memory loss, depression, loss of judgement, inability to control impulses, rages and eventually dementia.

Mitchell noted that such studies and their findings may be the proverbial canary in the coal mine, the tip of the iceberg and that such findings can be used to make contact sports, like American football safer for participants.

“We now know that symptoms of CTE sometimes don’t surface until a decade after a football player retires,” he said. “Neurologists, scientists, and medical professionals are all starting to take notice of what continuous trauma can do to the human body, in particular to the head.”

Still, all forms of athletics are integral to our human development, the communities we live in and the human experience, Mitchell explained.

“Sporting events and participation have a unique ability to bring people together regardless of their background. Participation in sports builds character and teaches roles and responsibilities. It sets people on a path of lifetime physical fitness, promotes good mental health and creates social networks with others with similar interests and passions. I can’t say enough good things about sports and athletic pursuits,” he said.

Mitchell has been a lifelong athlete who has suffered his own injuries from time to time. As a two-time Ironman finisher, he has pushed his body to its limits. He notes that all athletic pursuits come with an assumed level of risk and that this is particularly true with contact sports like American football.

“We need to start realizing this and plan accordingly. There’s a lot that can be done to keep sports safe,” he said. His suggestions to reduce the frequency and severity of head injuries include new rules to lessen exposure to head trauma, the use of appropriate injury prevention, effective treatment and recovery methods and to have established protocols that enable a full recovery from head injuries before returning to athletic endeavors.

The end goal, he said, is to keep players as safe as possible while they pursue the sports they love.