When looking at who is the best team in the NFL there is a lot to consider.

Today, we are going to be looking back at the 2021-22 regular season and post-season to see which of the teams have shown the biggest signs of improvement since the end of the 2020-21 season.

Hint: this year’s unusual Super Bowl lineup had a big effect on this list.

The first team on this list is the Bills.

They have made it onto this list for two reasons, (1) over the last few years they have built up the strongest defense in the league, and, (2) they have just picked a handful of amazing defensive players in the Draft.

We are sure these new additions are going to sure up any of the small weaknesses in their defense. They have also started working on their attacking squads.

So, not only has this team been improving year on year, but it looks like they will continue to do so. Do you think the Bills have a good chance of winning the Super Bowl this year? You can find the best NFL betting odds here.

For the second year in a row, the Bills have topped the team power rankings table.

This was a painful year for the Lions.

Two years ago, they finished the season on 5-11-0. They did worse this year, ending on 3-13-1. This season, they lost 13 games in a row and then won their final three matches.

So, you’re probably wondering why they made it onto this list.

Well, because that Lions team really showed courage to go out and win after 13 losses in a row. They should be proud of themselves.

It is also worth noting that the Lions have made some really brave picks in the Draft this season. Only time will tell if they pay off.

The Packers came third in the league in the 2020-21 season. This year they came in at the top of the league. They won the same amount of games in both years (13), but they lost an extra one this season because of the extra week.

Sadly for the Packers, their luck didn’t carry on into the playoffs and Rodgers didn’t get another shot at that Super Bowl.

However, most members of the team showed a good amount of improvement on the pitch (even if the Packers were constantly getting in trouble off the pitch).

The Falcons were 29th on the table two seasons ago, but this season they came 24th. Considering how tough the competition is down that end of the table – this team should be being celebrated more.

They also moved up in the power rankings this year, thanks to some smart picks they have made in the Draft. It also looks like they will be bringing in Raiders wide receiver Bryan Edwards to improve their lineup. 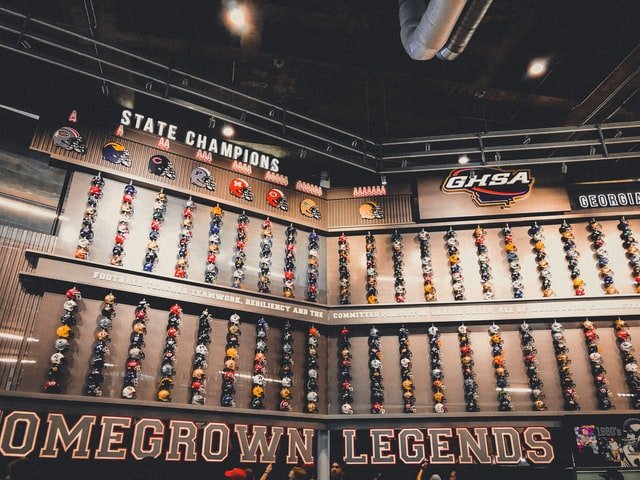 Many of you are going to think it is really unfair that we have only put the Cowboys at number 3 on this list. Especially after they went from being 21st in the league two years ago, to being 3rd this year.

That is an almost unheard of improvement in form from a team at this level of professional sports.

If Dak can get a handle on those fumbles this year then they could take the top spot on the table and maybe even pick up some Super Bowl rings.

We have to talk about the incredible post-season run we saw from the Bengals. It is one that I expect we will all be talking about for years to come.

Last year, the Bengals only one 4 games and they lost 11. This year, they won their division for the first time in 6 years and they won a total of 10 games.

Not only that, but they made it to the Super Bowl Final. And they knocked out the Kansas City Chiefs on the way. No one would have guessed that a 22 year old quarterback would outshine Patrick Mahomes in the AFC Conference Finals.

You’re not surprised to see these guys at the top of this list. They made the most of a very turbulent year of football and walked away with the Super Bowl.

They moved from 12th in the regular season in 2020-21 to 5th this season. They then went on to have an incredible post-season run. They knocked out the Bucs, the Cardinals, and the 49ers on their way to the Finals.

Trading Jared Goff for Matthew Stafford may have been one the wisest moves the Rams coaches ever made.

Is the Super Bowl the biggest sporting event