The Shining Stars of the NHL

Over the years the NHL has thrown us all some seriously fine sporting moments. From buzzer beating goals, to special shootouts and, of course, unbelievable Stanley Cup wins. From Atlantic to Pacific, Metropolitan to Central this league isn’t amongst the ‘big four’ American leagues and top 5 wealthiest sporting leagues in the world for no reason. It all wouldn’t be possible without the skills and talent of the players in the league. And special moments are often reserved for the very best of players. We are going to take a look at the guys who have made some of the best NHL memories in recent years by taking a look at the top 5 shining stars of the NHL in 2020 that not only top the league but also the NHL picks for betting.

Known as ‘the best right winger in the league’ this dude set an NHL record in 2018 when he smashed the total points record in a season, scoring 128 and grabbing himself the Hart Trophy. This led him to become the league’s MVP in following year and despite not quite matching his 2018 form last year, he is known for his endeavour and desire which will undoubtedly take him to the top again. After all, he is only 26! This young man still has a lot to give the NHL in the next decade.

Undoubtedly the next big thing, this young man (23 years old) has hit over 400 points in the last 4 seasons. Known for his speed and directness he is a threat to any defender in the league. His performances have secured him a Hart Trophy, 2x Art Ross Trophies and the Ted Lindsay Award, no mean feat for a player so young. As one of the fastest players in the NHL and this man’s creative ability a sports betting man wouldn’t be shy to wager that he is bound to be amongst one of the greatest as his career develops. He is truly one to watch, after being described as ‘the next Gretzky’ and will be great for attracting additional fans to the NHL. 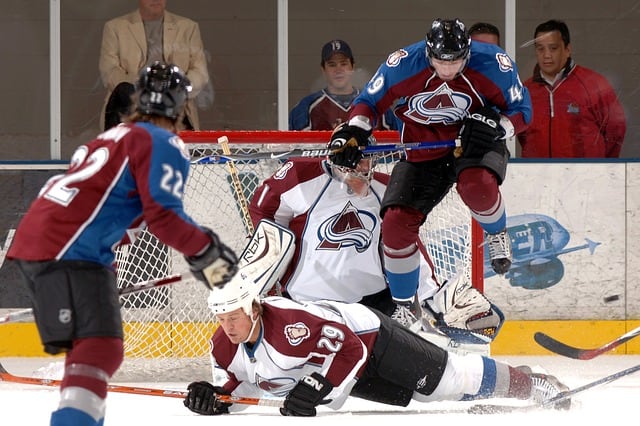 Perhaps a more rogue choice, but apt, Suter is one of the best defenders in the league. Albeit limited by the team he plays for and lack of playoff success because of this, he is yet to prove himself in the postseason. But this man has single-handedly kept the Wild in a competitive position. Known for his extreme fitness levels he plays 29.55 mins in every game, truly astonishing for NHL levels. He is an inspiration for many who may not be naturally gifted but are willing to put the graft in.

Without a shadow of a doubt the best shooter and scorer in the game. He is amongst NHL greats. Many had written him off until 2018 when he won the Stanley Cup with the Capitals but this old hand isn’t going anywhere. Consistently fighting at the top for the most goals this man’s shot is precise, quick and powerful. His reputation is backed by his numerous trophy wins throughout this career – he’s won the Maurice ‘Rocket’ Richard Trophy 9 out of the last 12 years, which I think says it all.

He is the poster boy for the league. He is certainly the best player in the league and has been for the best part of 15 years. Crosby is going to go down as one of the greatest to ever play. He is just one of the guys that comes along in a sport only every so often. Not the best defensively, nor the best at scoring, this man is set apart from the rest by his intelligence in the rink. Always one step ahead Sid makes everyone around him play better. Oh and by the way you can’t forget his 3 Stanley Cups.

The Gaming World is Shifting to the Digital Realm

The Weak Dollar and Franchise Values

Evidence that I am an Obstacle to Civic