During what has been a golden age for British cycling, UK riders have dominated the Tour de France in recent years.

Six of the last seven editions of the world-famous Grand Tour event have gone to cross-Channel raiders. First, Bradley Wiggins triumphed in 2012, then Chris Froome won four of the next five and Geraint Thomas became the latest Briton to sport the yellow jersey.

While Team Sky is now Team Ineos and looks strong as ever, challengers are emerging. In light of that, we look at three riders who can challenge that British dominance of the Tour de France.

Former Giro d'Italia winner Tom Dumoulin is the obvious pick from outside UK duo Thomas and Froome for Grand Tour glory in France this year.

The 28-year-old Dutchman is nicknamed The Butterfly of Maastricht after his hometown. Dumoulin is out to put the Belgian border town on the map for reasons other than European politics.

He crucially got in amongst Thomas and Froome as Tour de France runner-up last year, but won't be content with second place again. While he has almost two minutes to find on Thomas his total time from 2018, Dumoulin has youth on his side compared to both Britons.

While Froome is a hot favourite to regain his Tour de France crown in the latest cycling betting at 11/10 with bet365, and Thomas right behind him at 5/1, Dumoulin looks a solid each-way alternative at 6/1. A quarter of the outright odds are available on three places, so he's essentially 6/4 to replicate what he achieved last year. 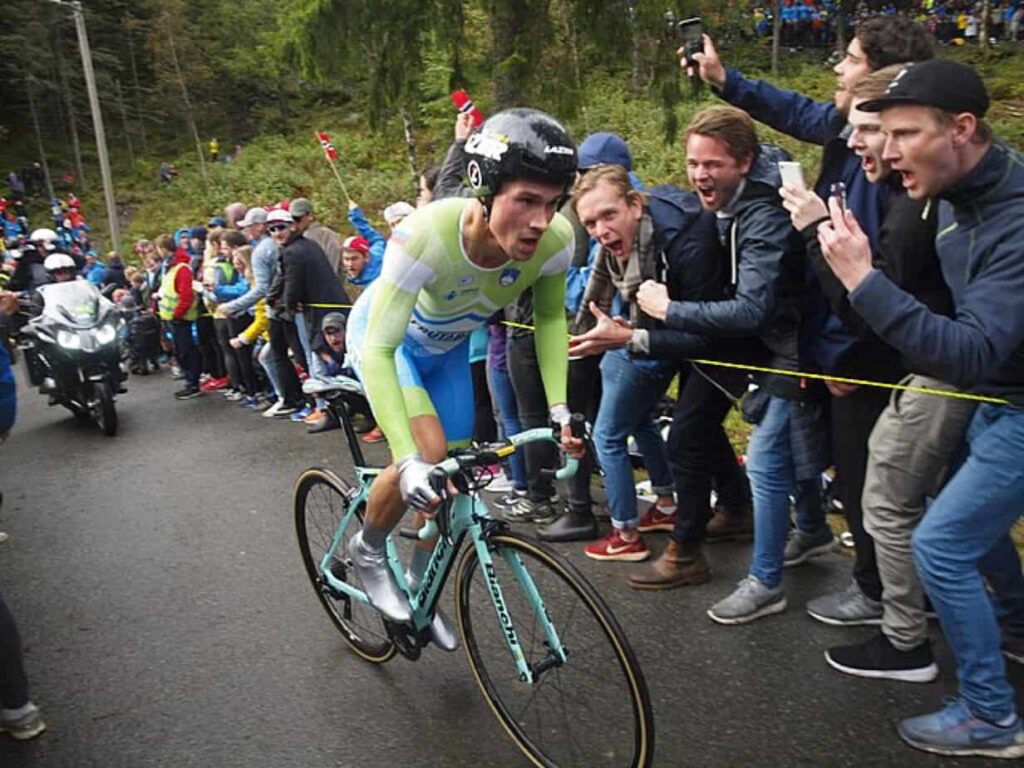 Making the switch from ski jumper to cyclist marks Slovenia's Primoz Roglic out as a somewhat unique athlete.  He was about a minute behind Froome when completing the 2018 Tour de France in fourth.

Roglic has started 2019 in fine form winning the UAE Tour and Tirreno-Adriatico across the breadth of central Italy.  If he continues throughout the year in this vein, then the 29-year-old will fancy his chances of going even better in France.

A top-price of 14/1 for the improving Roglic also has each-way value from a Tour de France betting perspective. This is because he has won individual stages during the race in each of the last two years.

Colombia's climbing cyclist specialist Nairo Quintana has gone close to besting the Britons before when second in 2013 and 2015, then third in 2016.  Although only 10th in last year's Tour de France, his record of always completing the race in five previous attempts commands respect.

Quintana rides for Movistar, who topped the team classification in three of the last four years. That shows you their roster which also includes last year's individual seventh Mikel Landa is consistently producing riders that complete the rigours of this Grand Tour.

As Quintana cannot be discounted, the 14/1 price on him winning the Tour de France could again be a bit of each-way value. It's the one Grand Tour which has eluded him following triumphs in the Giro d'Italia in 2014 and Vuelta a Espana in 2016.

That Giant Sucking Sound from Edmonton