Whenever a nation bids to host the FIFA World Cup, they know that they are striking a balance. A significant amount of money will be required to tender that bid in the first place.

If a country is successful, they have a few years in which to ensure that their facilities are up to scratch. Millions will be spent on infrastructure, but it will always be seen as an investment.

With multiple sources of revenue available, winning the World Cup bid is a lucrative business. In 2022, what does that mean for host nation Qatar?

Hundreds of associated industries receive a boost in World Cup year and many of those will also draw revenue for the host nation. TV broadcasters pay a premium to be a part of the tournament with millions of viewers ready to tune into each game.

Advertisers will be flocking to become involved with a presence in the stadiums and on official media channels. Companies will also pay high prices to become official sponsors of the tournament.

Merchandising is also a big money spinner while the betting industry is one of those external sectors who benefit more than most. This is one of the busiest times for physical and online bookmakers who publish their world cup odds many months in advance of the tournament.

Millions are staked and this is another industry who can both earn from and produce revenue for the host nation.

Qatar will obviously have some revenue benchmarks from previous World Cups. The most recent tournament was held in Russia in 2018 and the revenues from that competition hit a new record.

Once the event was completed, it was revealed that the 2018 World Cup produced a staggering $5.4 billion USD in revenue. Those numbers set a new milestone, but it’s no surprise that income keeps increasing.

The 2014 World Cup was held in Brazil while South Africa enjoyed hosting duties four years earlier in 2010. 2006 saw Germany host the tournament while the new millennium began with the 2002 World Cup in Japan and South Korea.

Official revenue figures from that 2002 competition show a steady increase at first, before the numbers began to take off exponentially. In South Korea and Japan, 20 years ago, the income from the World Cup was confirmed at $1.6 billion USD.

2006 in Germany saw the numbers increase to $2.6 billion and from there, things begin to increase significantly. South Africa returned revenue figures of $4.2 billion in 2010 before Brazil confirmed income of $4.8 billion four years later.

The current cycle of World Cups since the turn of the century is completed by Russia with those figures of $5.4 billion. It all makes for interesting reading but, against a backdrop of conflict and global financial uncertainty, can Qatar 2022 maintain the upward trend?

Current predictions suggest that the 2022 World Cup in Qatar is set to break all previous records in terms of revenue. While the verdict is unofficial, the Qataris are expected to comfortably exceed the figure of $5.4 billion set by Russia four years ago.

While it’s early days, those same reports suggest that the numbers may go as high as $6.4 billion. It’s a significant increase, but those may even be conservative estimates. Back in 2018, FIFA’s forecast came in below the official figures and that scenario may well occur once again.

Despite the current global climate, it’s clear that the World Cup remains an incredible money spinner. 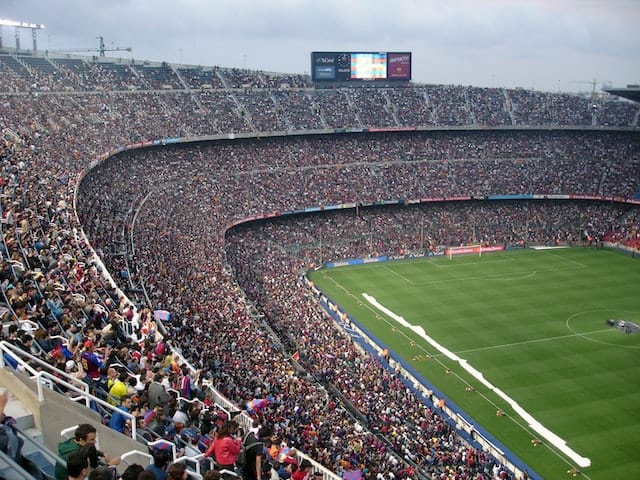 There are obvious reasons why figures should increase, and global inflation is one of those. Merchandise, ticket sales and TV subscriptions all cost more than they did four years ago, and all of these costs are passed on to the consumer.

Pay-per-view TV is also more prevalent than it was in 2002. While many countries still have free to air arrangements with the World Cup, this isn’t the case elsewhere.

For the 2026 World Cup, hosting duties will be split between three North American countries. The United States, Canada and Mexico will divide the tournament across 16 different cities. This combined arrangement has been seen before in 2002 while the European Championships have also used multiple countries for previous tournaments.

That’s a good move on behalf of FIFA. By dividing the initial costs, it can encourage more countries to bid. It’s unlikely that Canada, for example, could host a World Cup in isolation so this approach is taking football into different parts of the globe.

In terms of returned revenue, this multiple method has the potential to boost figures even higher. For 2022, Qatar is likely to set a new benchmark, but the record should only last for a further four years.

How Does Game Programming Work in 2023?

“Give the World Cup bid a red card”