As 2020 drags on, the uncertainty in just about everything seems to increase.

The world of professional and college sports is definitely not an exception to this. In fact, it seems we are more and more confused about what to do about it as time drags on and people argue about what is the best course of action.

As far as the sports world is concerned, in many ways it’s even worse, because we have been frequently making plans, just to wind up dumping them. And in the meantime, there are zero sports being played in many cases. This is absolutely the case with NCAA Football, which as been on standby for months now.

Without taking sides on this complex and ever-changing issue, we want to analyze just how this is affecting the schools themselves economically, and potential long term effects and consequences of the freeze on new games.

The direct losses themselves are going to be at least $4 billion USD. Yes, you read that right. And unfortunately, you also read the part that said “at least” right. That figure is now being considered a very conservative estimate.

The only bright spot to all this is that those numbers can go down significantly if there is some sort of partial re-aperture.

In most cases, this depends on several factors though, the number one factor being if the educational institutions themselves are going to or allowed to open. Any given university may want to re-open but often local laws could prohibit it from doing so. Also, even if given the legal green light and choosing to open, it may be a tough sell to get bodies back on campus.

Corollary to the above, another big factor is the will of the players and staff involved themselves in the game. Not everybody is going to want to take what is still considered to be an unknown and potentially very high level of risk. 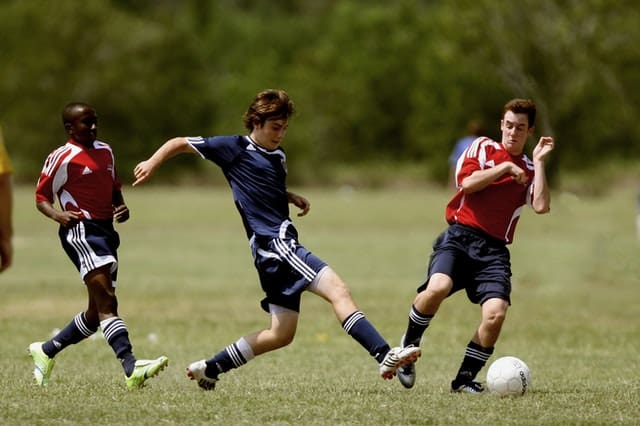 As we train our investigative abilities further out from the campuses themselves, there are so many more areas down the line about which we need to be concerned. Here is a short list of some of the more obvious indirect impacts of there being no NCAA football:

-Food and beverage vendors at the games themselves

-Hotels, motels, hostels, and AirBnb operators, along with AirBnb itself.

-Butchers, beer and liquor stores, pizza vendors, and anybody else who sells any provisions for tailgaters or people watching at home.

-Radio and TV stations who are losing out on massive ad revenue from the lack of games.

-People who make money off of the marching band programs such as music stores, costume makers, etc.

As we can see this is a very thorny and difficult issue to tackle. Unfortunately, the social distancing practiced in our daily lives these days, and even in many other sports, are completely impossible for athletes in the game of football.

We can simply not allow admission to the venues yet, or allow for severely reduced attendance (it realistically couldn’t be more than 25% of normal full capacity) in order to mitigate the concerns on that end. But it appears this will remain a high-risk endeavor for the athletes.

We’d welcome your suggestions or comments on this issue in the comments section below.

Interest In The NFL Will Skyrocket This Season

Claiming For Your Sports Injury