I apologize for the length of this post at the outset. Given the interpretations and spins put on the testimony of Andy Zimbalist and Brad Humphreys regarding the economic impact of the Supersonics by the lawyers and the press, I feel it necessary to be clear on a few issues.

From comment #141037 we get this: "Overall, I'm thinking the economist's testimony is gonna get tossed out the window since they all contradict one another."

Here is Paul Lawrence, lead attorney for the city of Seattle responding to a question about the case in the Seattle Times being a battle of economists:

Lawrence: I think the reality is because there are so many varying opinions, that actually supports the city opinion that it's difficult to measure to the degree of certainty that you need to award damages, what the value to the community is of the Sonics playing in Seattle. The fact that you've got a wide range of opinions among economists just tells us it's a hard number to measure which is a fact that supports specific performance.

Below I insert large segments of the transcripts from both Andy and Brad. I have done very little editing to the exchanges between the lawyers and the witnesses. The transcripts are available on the Seattle Times website.

Q In general, what's the conclusion you come to about the
tangible benefits to a community from the presence of a pro
sports franchises, if it can be summarized?

A Yes. I come to the same conclusion that I think every
economist that has studied the issue comes to. That is, that
a community that is trying to attract professional sports
team or contemplating building a new sports facility, from
either of those that community cannot anticipate a positive
economic development benefit from that activity.

Q Well, based on your work over the years and your studies
of various towns, have you reached any conclusions about
whether the departure of a pro sports franchises has any
economic impact on a city?
A Yes. I have reached a conclusion on that.
Q Tell us about that.
What did you conclude?
A I concluded that the departure of a professional sports
franchise from a city will have no detectible economic impact
on the economy in that city.
Q Wait a second. Sonics have a payroll of $60-odd million.
That payroll the will go to Oklahoma City.
Won't there be a $60 million hole in the economy?
A Well, it's important to recognize the difference between
economic activity that the Sonics generate. The Sonics
clearly generate economic activity. You can't go outside
KeyArena on game night and not conclude that Sonics are
generating economic activity.
But the question is, do the Sonics generate new economic
activity in the Seattle economy? And the answer is, no, they
don't. The Sonics are an entertainment business like many,
many other entertainment businesses in the Seattle area. And
so consumers spend their entertainment dollars on whatever
entertainment options they have that makes them happy.
And for Sonics fans that is spending it on the Sonics.
But when the team leaves, they don't take that consumer
spending with them. That spending remains in the local
economy. It simply gets spent on other entertainment
activities by whatever those consumers want to spend it on
all over the metropolitan area.

Those answers are not at all at odds with one another. It is not a matter of a divergence of opinion among economists. The divergence comes in the spin put on the testimony by the stakeholders.

But what about intangible benefits?

Q How does the fact that this is a lame-duck team, with all that that implies, affect your analysis of the intangible
benefits?
A Well, basically, Counsel, my analysis is that even under
much more stable circumstances and knowable circumstances the
results that have come out of the existing scholarship that
tries to estimate the tangible benefits are highly variable.
All of those results agree upon one thing. That one thing is
that there are very significant substantial intangible
benefits that accrue to a community from a professional
sports team. They agree about that. But the magnitude of
those benefits is highly variable. So that when you throw in
some other variables, like the lame-duck status and the other
things that I mentioned, it becomes yet more problematic to
make that kind of an estimate.

Another key issue is the distribution of impact across the metropolitan area. First from Andy's testimony:

Q That general opinion about tangible benefits that you've
just expressed relates to an MSA, a larger --
A Correct.
Q -- geographic area?
A Yes.
Q Do you have any reason to believe the general conclusion
you just talked about, that the situation presented here
presents some differences from the general conclusion you
talked about?
A Insofar as we're interested in this case, or one is
interested in this case about the City proper of Seattle,
rather than the MSA of Seattle, then yes, there could be a
difference. Because insofar as there is relocation of
economic activity within the MSA towards the downtown area,
that is, to say if people travel from the suburb of Bellevue
or other suburbs into downtown Seattle to watch a Sonics
game, then that could bring new economic activity into the
City proper. But it's just relocating activity within the
broader MSA.

Q And your theory is that dollars -- if I have a
discretionary dollar to spend on the Sonics I will spend it
somewhere else?
A Yes.
Q And when you look at as big an area as King, Snohomish and
Pierce County there is a lot of places I can spend my dollars
if I don't spend it in Seattle and still have a net zero,
correct?
A But there is -- there are other transactions going on.
Q Is that -- Sorry. Go ahead.
A There is all sorts of -- there is quite a bit of spatial
complexity in economic transactions. I mean, people are
going across these political borders and buying stuff, goods
and services. It is impossible. We don't have the data to
answer that question. I don't know. You can make
assumptions. You certainly can. I don't think they would be
justified.

See also the latter portion of Brad's answer to the question of the existence of tangible benefits above.

Mr. Lawrence asserts there is a wide range of opinion among economists. However, there does not appear to be an attempt to rebut Brad's testimony on this precise point.

Q When you say it's an unusual consensus among economists,
what does that mean?
A Well, I think that economists typically have a -- the
general public has the perception that economists can't agree
on very much at all. Ask two different economists their
opinion on some issue, and you'll get three different answers
to that.
But in this case it's pretty clear, and there is a pretty
strong consensus among the academic researchers that work in
this area about this lack of economic impact from a departure
of a pro sports franchise.

Finally, there is also an issue of the impact study done for the city and an issue it raises about who is and who is not an economist.

Here's what Brad had to say about the RIMS model results presented by the city:

Q Let me ask you another question.
Among trained economists, is there a view one way or the
other about the reliability of these RIMS studies?
A I will say this: RIMS studies are never published in
peer-reviewed economics journals.
Q They never make the cut?
A No, they don't make the cut.
Q Why not?
A Because the methodology is flawed, is the consensus among
research economists. They're not -- they wouldn't be able to
get through the cut to make peer-reviewed journals because of
these methodological problems, which are well recognized. I
mean there are papers about the methodological problems in
regional input/output models.

The person describing the RIMS results is called an economist, an issue discussed by commenters on the Seattle Post Intelligencer blog. Reading the comments on the blog is interesting and both heartening and disheartening.

Was that "huh" sarcastic? Because he most definitely does not have a PhD in economics nor hold the title of economist. Typically, trial experts have advanced degrees in the field they claim to be an expert in. (italics in original identifying the comment of another person)

Show me where you have to have a PhD in economics to be considered an economist? From Wikipedia:

"While a lawyer, for example, may be generally defined as a person possessing a law degree and state license to practice law, there is not a legally-required educational requirement or license for economists. In some job settings, the possession of a Bachelor's or Master's degree in economics is considered the minimum credential for being an economist."

"A professional working inside of one of many fields of economics or having an academic degree in this subject is widely considered to be an economist, and any person within any of these fields can claim to be one[citation needed].

Well I guess that makes me an economist too, since I have a bachelor's degree in economics, master's in business, and work in an applied economics field (real estate). In fact my training was specifically in urban economics and feasibility. I don't know anything about this guy's study except what I read of his testimony in the blog, but I did read portions of Beyers' study. One fatal flaw that both make is "crediting" half of the players' salaries as flowing back through the local economy. Beyers defended this assumption on the basis that half of the players have a permanent residence in the area. Even so, I sincerely doubt that more than a much smaller fraction gets spent here. Whether Gary Payton had a residence here or not, where is his $85 million? It's mostly with him, where it will provide for his retirement and family. Shawn Kemp's millions are in Peru (OK, cheap shot). The point is, the millions of dollars spent on player salaries doesn't "spend" the same way normal salaries do.

If Hatamiya said that dollars not spent on Sonics would disappear or be saved in a tin can in the backyard, he has an eccentric view that's not supported by any other professional economist I know of. The standard theory is that they will be spent on other leisure time activities.

No academic economist has ever, to my knowledge, shown any significant increase in regional wealth from pro sports. There's an army of these guys who can produce reports on demand showing robust economic benefits from a sports team, or a WalMart, or whatever "investment" some powerful business or political group wants to make. People can buy the study they want.

Concluding it all, what do we get? 1) Tangible benefits from a franchise are likely to be small or non-existent, possibly even negative. 2) The effects are dispersed over a wide area so changes with regard to sports franchises are likely to provide benefits to some areas in a region while imposing costs on other areas in that region. 3) Intangible benefits are difficult to measure, and there is little consensus on their size. 4) Regional input output models are generally not good tools for determining the net effects of changes in the sports environment.

From the testimony of Brad and Andy, the consensus among economists on those issues seems quite clear despite the assertions of the lawyers, bloggers, and others to the contrary. 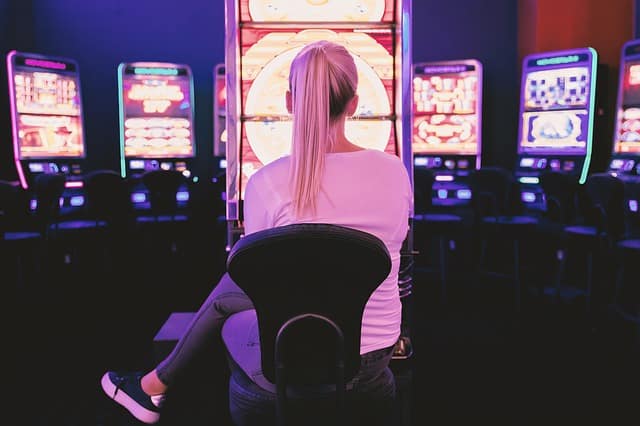 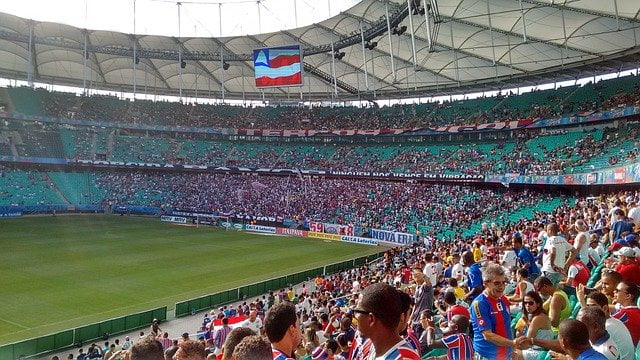 What To Expect from The Future Of ...