Horse Racing is considered to be one of the biggest gambling sports in the world. Racing events are avidly followed by race-lovers, multi millionaires, professional gamblers and recreational punters alike. Some of the big events in horse racing world are spread over several days, with top celebrities of Hollywood, Bollywood and other walks of life in attendance.

Horse Racing holds such an influence in the Arab world that despite gambling being disallowed in the religion of Islam, betting on Horse Racing is an exception due it its strong cultural sway and recreational charm in the sporting arena of Middle East.

There are many horse racing events that are held in a calendar year. If you are new to the betting industry, you can learn a lot by reading the Horse Racing Betting information available online. Here we will cover the top 5 events you should keep your betting horses ready for.

The Preakness Stakes takes place every year on the third Saturday of May at the Pimlico Race Course in Baltimore, Maryland. The race is famously known by the term ‘The Run for the Black-Eyed Susan’. According to Wikipedia, this is because of a tradition of hanging yellow flowers around the neck of the winning horse.

The track for this race is 1.2 miles long and the fastest finish here took 1 minute 53 seconds. The race is the second most well attended horse-racing event in the USA, after the Kentucky Derby.

The final leg of the oldest horse racing tradition in USA, US Triple Crown of Thoroughbred Racing, is called the Belmont Stakes. The first race took place here way back in 1867. The track of Belmont Stakes measures around 1.5 miles in length and the fastest time to finish here was 2 minute 24 seconds.

Since Belmont is located close to the metropolitan city of New York, it attracts many visitors to its site as well as on television. According to Thoroughbred Daily News, its 2018 event drew a whopping 15 million viewers on NBC. It is the 3rd most well attended race in North America after the Kentucky Derby and The Preakness Stakes.

Melbourne Cup held in Australia’s Flemington Racecourse is one of the highest rewarding racing events in the Southern Hemisphere with the prize money totaling a mammoth $5.6 million. The event is attended by famous celebrities and sporting stars of the region and is famous for holding a ‘Fashion on the Field’ competition where best dressed participants are awarded with gifts. Approximately 100,000 people attend the event on average, making it a major global event. 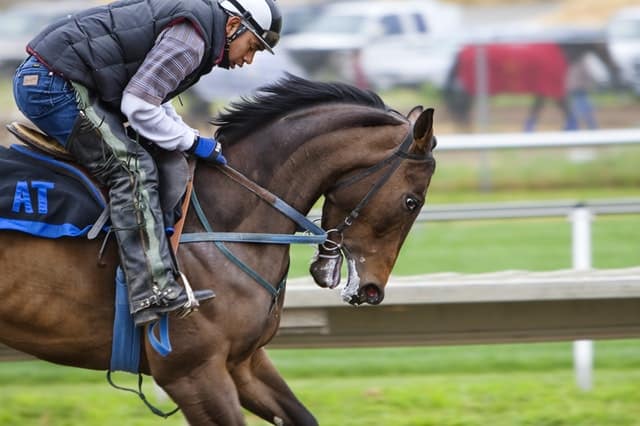 Kentucky Derby is tagged as the ‘most exciting two minutes in sport’. The event has a rich history and attracts rich and famous people every year. Previous Derby guests include boxer Muhammad Ali and US presidents Lyndon B. Johnson and Richard Nixon. The Derby has a winning purse of $2 million, one of the highest in The USA, and is a major standalone betting event.

Dubai World Cup is a mega event which attracts rich Sheikh Rulers, movie celebrities and famous politicians from East and the West. It is also the richest horsing event and the combined winning purse goes up to $27 million. It is held on the last Saturday of March every year.

Now that you know about the top horse races, you can research more about them and start your betting career.