Which team is the favorite to win the NCAAF Championship?

As we get closer to the NCAA football playoffs week, teams are looking more determined and ready. The defending champions, Georgia, are in a strong position. Since introducing playoffs in 2014, only 13 teams have reached the semifinals, from which only five have won the championship.

Clemson and Alabama are two teams that have won the title more than once. Georgia won it last year for the first time, Ohio was the first team to win after the reinstatement of playoffs, and LSU is the other team.

In the future, these playoffs will extend to 12 teams, and hopefully, more teams would fancy their chances of winning. Till then, these five remain stronger contenders. Last season, Georgia made it to the playoffs despite losing to Alabama in the SEC final. So, there’s a possibility of two schools from the same conference reaching the playoffs.

The SEC and ACC have the most appearances in the playoff, followed by the Big 10, Big 12, Pac 12, and AAC, and Notre Dame had an independent qualification. The championship is wide open, and any conference can win it. So it’s difficult to predict which has the best chance. 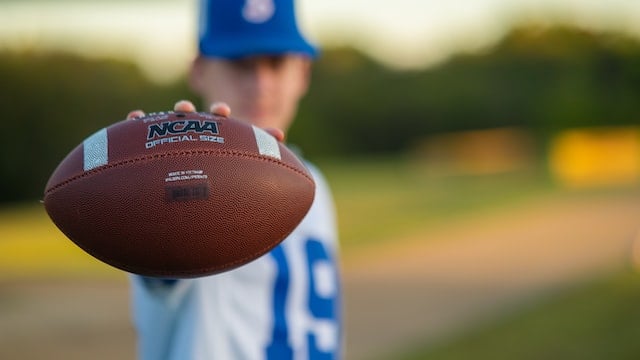 Who are the favorites?

They are undefeated so far in the season, and all their victories came by a difference of double digits. Their team’s combination is destructive and in form. Thus, Georgia has the best NCAAF National championship odds. Stetson Bennett, Kenny McIntosh, Brock Bowers, Smael Mondon Jr., and Christopher Smith have been top performers for the Bulldogs.

They probably have the best college football players at the moment, along with the best coach. The chances are bright for the Crimson Tide to lift the trophy. Bryce Young, Jahmyr Gibbs, Ja’Corey Brooks, and DeMarcco Hellams have been in prime form and are delivering well for the team. It will be surprising to see if they do not make it to the finals.

If there’s any offense that can challenge Alabama, that is Ohio’s. C.J. Stroud, as expected, is the top performer for the Buckeyes. To support him, Ohio has all the bases covered in the likes of Miyan Williams, Marvin Harrison Jr., and Tommy Eichenberg.

Which teams are underdogs for the championship?

It takes a team effort and sheer domination to be in the top tier. However, you can write off other teams.