Lebron James. Michael Jordan. Serena Williams. Tom Brady. Michael Phelps. Megan Rapinoe. Wayne Gretzky. These are some of the best athletes of all time. Some of them are our biggest heroes, ruling the basketball court or tearing up the track. Imagine their mental state as the coronavirus prevents them from practicing their passion on the most crucial world stage.

These professional athletes don’t just have medals and trophies to prove their success—many of them have also lived through tough times, exceeding even their expectations—and they’ve learned a few lessons along the way. We can learn some seriously inspiring and valuable lessons to help us during the coronavirus when we know more about the men and women in the uniforms.

Don’t believe us? Just check out these four life lessons from some of history’s most talented athletes.

Perhaps one of the biggest lessons we can learn from professional athletes is this message: never give up. Even when faced with adversity, many of the world’s top athletes have pushed past their struggles to beat personal records, provide for their families, and perform for their fans and team.

One of the most famous athletes with a rags-to-riches story is Michael Oher, a Tennessee Titans tackle. The Tuohy family adopted Oher after struggling throughout his childhood. In 2009, he was a first-round pick in the year’s NFL draft, and his story was made into the film, The Blind Side in the same year.

Or, there are examples of athletes who retired due to age or injury, only to come back to the field to prove they’ve still got it! Whether he didn’t have enough things to do in retirement or just missed the basketball court’s thrill, Michael Jordan had one of the most impressive comebacks following his brief retirement period. After winning three NBA titles—in a row—with the Chicago Bulls, Jordan retired at age 30, much to the disappointment of his fans and teammates. But just two years later, he rejoined the Bulls and pioneered their three-peat NBA titles from 1996-to 1998.

No matter what obstacles come your way (in or out of your control), there’s always a way to get through it.

One of the most impressive things about athletes is how they can market their talents on the playing field and outside of their primary areas. Shaq is one of the best examples of this. Sure, he’s a star basketball player, but he’s also an entrepreneur and philanthropist. Shaquille O’Neal has made himself a household name by marketing himself as more than just an athlete.

If you’re prepared to take the entrepreneurial path, you’ll want to learn how to build your brand first.

3) Stand up for others

Yeah, it’s essential to push your records and build your brand, but some of the most admired athletes in this country are those who have used their platform to support others. She’s been one of the most controversial athletes, but her athletic abilities and advocacy recently helped her win the 2019 Sportsperson of the Year award. From supporting LGBTQ communities to advocating for equal pay for women, Megan Rapinoe and the rest of the U.S. Women’s Soccer team have inspired everyone from young athletes to young professionals.

Even if you’re not a professional athlete on a worldwide stage, you can still make a difference when you commit to helping others. Volunteer, vote, or speak out for others. Just do something.

4) Don’t let your past define your future

There’s no better example of this lesson than athletes. Whether it’s a championship loss, injury, or a challenging past that you’re dealing with, it doesn’t have to dictate future success. Figuring out how to let things go and learn from them is an invaluable skill to have, whether it’s applied to athletics, career development, relationships, or any other facet of life.

Whether you’re talking about politicians, athletes, or celebrities, it’s often easier to think of things they did wrong rather than those things they did right. Our final lesson? Keep it classy. The athletes with the longest careers generally know how to address the press appropriately, what to say, what not to say, etc. Learn from this! 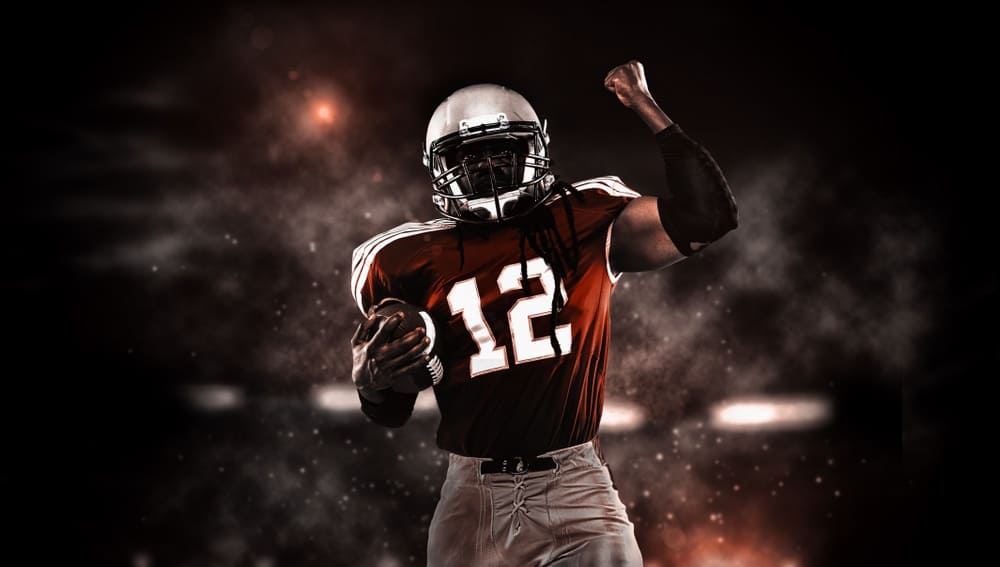 We have a lot more to learn from our sports heroes than their technique, plays, and talent. The best ones can teach us some valuable life lessons, too! These should all be considered as we move forward while the coronavirus pushes back.